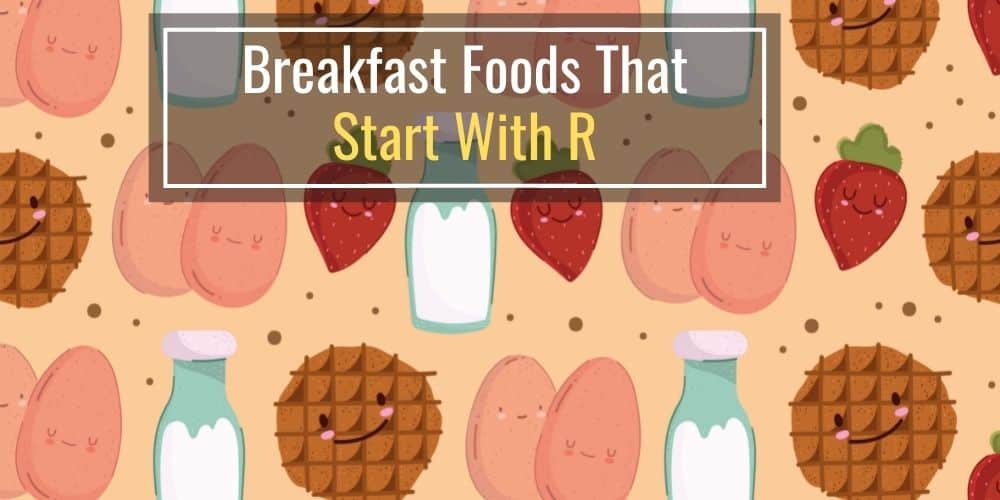 There are plenty of breakfast options in the world, but to make it more fun, let’s discuss breakfast foods that start with the letter R.

Breakfast is the first meal of the day, so it needs to be tasty and sustaining to give you energy all day long.

So, here are some mouthwatering, spicy, sweet, and tangy breakfast options that begin with the letter R.

The first breakfast delight that starts with the letter ‘R’ is Rolled Oats.

Ferdinand Schumacher, one of the founders of the beloved Quaker Oats, installed a machine in his oats mill in the late 1800s.

This machine cut down the cooking time by steaming the oats, followed by rolling and then roasting them.

You can enjoy this fiber-filled breakfast with milk, cinnamon, and raisins.

You can also add fruits like banana, strawberry, blueberry, apples, or raspberry to make it more healthy.

The second breakfast item on the list is Raisin Bran.

This breakfast cereal was pioneered in the year 1926 by Skinners. It is a mixture of raisin and bran flakes and some sweeteners.

It is an excellent option if you are running late and want to grab a healthy yet instant breakfast.

Fun fact: Nov 15th is celebrated as the national raisin bran day. So, do not forget to enjoy this cereal with hot milk on this day.

Europe has been known to bake many bread and raisin recipes since the 15th century.

This delicious bread is made with white flour, raisin, egg, and cinnamon.

The raisins used in this bread were previously imported from Turkey but now, California is its supplier.

This sweet cinnamon bread goes well with a hot cup of coffee and may remind you of a perfect Christmas morning.

If you love the taste but want a healthier version, choose raisin bread made with oats flour, whole wheat flour, or almond flour.

Rye bread is one of the most nutrition-packed bread that originated in northern and eastern Europe.

You can use any type of rye bread and combine it with a variety of meat, vegetables, and cheese without worrying about it getting soggy.

When in a hurry, simply toast the bread and enjoy it with butter or jam.

Rice pudding is the most versatile food on the list. Although it originated in ancient India, you can find a version of rice pudding in every part of the world today.

This simple breakfast can be made with rice, milk, and sweetener.

You can add a little spice using cinnamon, nutmeg, or cardamon.

You can even mix in some dry fruits like almond, cashew, or walnut to add a little crunch.

Rice pudding is by far the best use of leftover rice which can be eaten both hot and cold.

Raspberries were first cultivated in eastern Asia but have now gained popularity worldwide, This super fruit can be enjoyed alone or with other breakfast delicacies.

Raspberries are a tiny, tart, and sweet fruit filled with antioxidants, vitamins, and minerals.

You can use it in fruit salad, a smoothie bowl, juice it or make jam or eat it with a toast.

The popular varieties are red in color, but their other not-so-common types are available in purple, black, golden, and yellow.

If you like the taste of pear but want to add some color to your breakfast, then red anjou pear is a great option.

The first red pear appeared on a regular green pear tree as a result of mutation. Since then, it has become very popular due to its vibrant color.

These pears are commonly available in crimson red and in shades of maroon and are dense, watery, sweet fruit with a hint of tang.

These are great when fresh and crispy but equally good when poached inside a pie, cake, or bread.

Red bananas are a subgroup of the yellow bananas commonly grown in Southeast Asia. They taste like regular bananas but have a similar sweetness to raspberries.

If you feel the need for an instant boost of energy to start your day, eat red bananas.

These are packed with healthy carbs like sucrose and fructose that get regularly released into your bloodstream to give you energy.

Also, you can achieve 50% of your daily potassium requirement by eating 2 red bananas.

Red bananas are also known as the Dacca banana.

Red potatoes are an excellent meal for people who are a fan of savory breakfast. These small and round potatoes come from the mountains of Peru.

These potatoes are the healthiest of all the species available as they are low in starch and high in micronutrients and minerals.

They have various culinary applications, including the famous baked buttery and spicy potato bites with crispy skin. You can also use them in salads, puddings, and sandwiches.

A fact: A medium-sized potato is more potassium-rich than a banana.

This crunchy vegetable comes from the Mediterranean part of the world and can add freshness to your breakfast.

The antioxidants, vitamin C, and the beautiful red color make them a great addition to salads or eggs.

You can saute some red cabbage, mushrooms, onion, and bell pepper and enjoy a hearty breakfast with a sunny-side-up omelet.

You can also do kitchen science experiments with the red cabbage juice.

Russet potatoes are best known for their frying capacity. This is the reason why they are popularly used to make delicious french fries and potato pops.

You can find these medium-sized, brown-skinned oblong potatoes all year round. You can use them in baking, frying, roasting, or mashing. For breakfast, you can make savory hash brown and enjoy them with some eggs and bacon on the side.

Luther Burbank, a farmer from Massachusetts, was the first person to grow russet potatoes in the late 1870s.

Contrary to popular belief, ramen was born in China and not Japan. However, the growing anime craze has made it available worldwide only after a few years of its invention.

This mouthwatering dish is available in a variety of flavors in packets.

You can add meat, eggs, steamed vegetables, fruit, and even roasted seaweed and enjoy its rich flavorful broth to make it more filling.

The instant food item is a student-friendly breakfast that can make them feel full on a busy day.

Fun fact: The first ramen shop was opened in Tokyo in 1910 and was considered a luxury food.

Asian subcontinent is known for its wide variety of rice and thus are the ones who created the rice cakes.

According to Wikipedia, rice cake is any rice dish that has been ‘shaped, condensed, or otherwise combined into a single object.’ This means rice cakes can be soft, crispy, fried, or roasted.

The most popular version of the rice cake is the puffed rice cake.

These are a crunchy and healthy breakfast option as they are low in calories compared to steamed rice cakes.

You can enjoy this with peanut butter, almond butter, or mixed berry jelly.

Arnold Reuben in 1914 and Arnold Kolakofsky in 1935 claim they made the famous Reuben sandwich.

This sandwich gained fame after winning the first prize in the National Sandwich Idea Contest. Originally the Rueben sandwich was made of turkey, ham, coleslaw, Russian dressing, and swiss cheese stuffed between the rye bread.

You can make your sandwich with a different kind of meat or a vegan version.

The first kingdom to invent rice noodles was the Qin dynasty of China. Later, these found their place in the delicious cuisine of the south, southeast, and east Asia.

These are glossy, chewy, and transparent noodles that are healthier as compared to regular noodles.

These noodles do not need prior cooking in boiling water. Just soak them in normal water till you prepare your vegetables. Stir fry the vegetables and the noodles together and you have a tasty breakfast ready.

You can add oat bran or chia seeds to the noodles to make your breakfast fibre rich and gut-friendly. 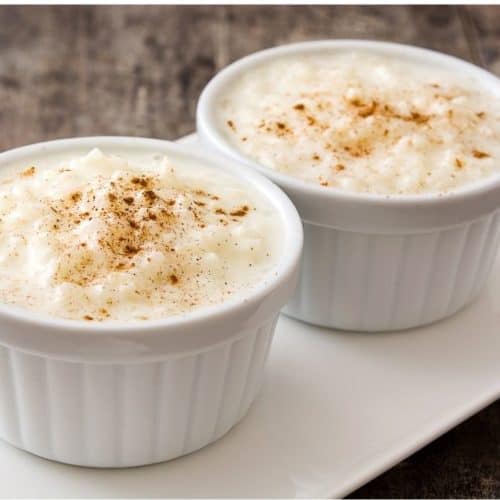 Breakfast Foods That Start With R