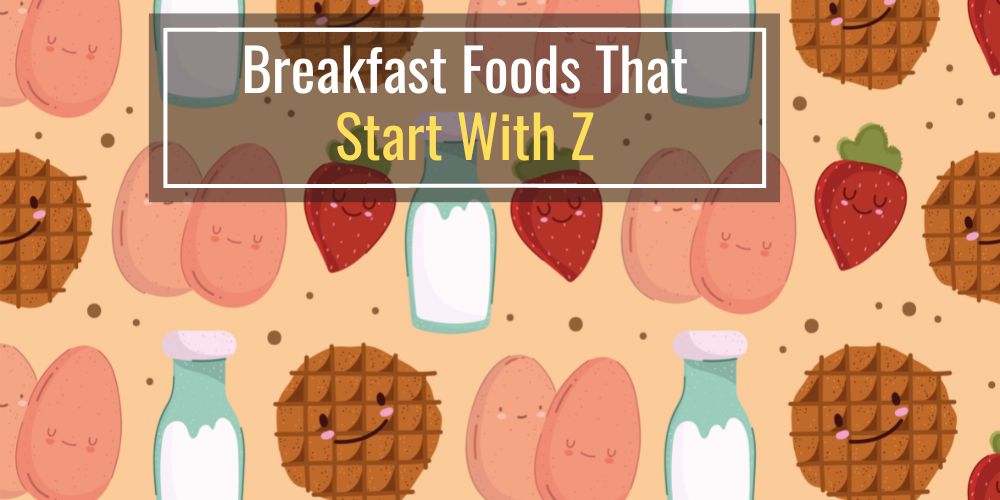 If you have a hard time thinking about breakfast foods starting with Z, no worries, we have you covered.

We made a list of popular breakfast foods that begin with the letter Z and placed them in alphabetical order.

Zebra cake is a vanilla and chocolate cake that is our first breakfast food that begins with the letter Z.

Although not part of a “healthy” breakfast, zebra cake can be consumed with a nice cup of coffee to start off the day.

Just by looking at the cake, one might think that the process of making zebra cake is complex. Well, it is not!

Zebra cake is made from one batter, which you divide into two and add cocoa. The stipe effect you create by alternating between the vanilla and chocolate batter!

It is best served a bit warm with a glass of milk!

Zeppole, also known as frittelle, is a type of Italian pastry which is often consumed for breakfast and begins with the letter Z.

These tiny fluffy doughnuts are filled with pastry cream and topped with candied sour cherry and powdered sugar.

Zeppole are typical of Italian cuisine, and the variant that is present today originated in the 18th century.

You can eat them on their own with coffee, cappuccino, or alongside the chocolate dip.

Zereshk berries, also known as barberries, start with the letter Z and are often eaten for breakfast.

Although Zereshk berries are not a meal, they commonly accompany various breakfast dishes and are used in salads.

They offer several health benefits and are considered the healthiest berries due to their high level of antioxidants.

Zhajiangmian is a Chinese breakfast dish that starts with the letter Z!

The sauce is made of stir-fried ground beef or pork with soybean paste.

Zhajiangmian is usually topped with sliced or fresh vegetables such as radish, cucumber, and pickles, depending on the region.

Zhe fruit, also known as the fruit and Mandarin melon berry, is found on breakfast tables.

Zhe fruit resembles raspberries, although they are more geometrical and less rounded.

This reddish fruit is packed with vitamin C and several antioxidants that will boost your immune system and reduce inflammation. They can be consumed raw or in a salad, smoothie, or acai bowl.

Zimtsterne is a type of Christmas cookie that starts with the letter Z!

This delicious cookie is made of white foam of whipped egg whites, cinnamon, almonds, sugar, and flour.

Originating in Swabia, Southwest Germany, this cookie is very popular in Germany and Switzerland.

It is believed that these star-shaped cinnamon cookies trace back to the 16th century, and at the time, they were not associated with Christmas.

Zingers is a cream-filled sponge snack cake that is often consumed for breakfast!

Produced by Hostess Brands, Zingers were first made in the 1970 and became a trendy snack or a quick on-the-go breakfast substitute.

There are several variants of zingers, including chocolate, vanilla, and raspberry with frosting or coconut bits.

Zinfandel grapes are fruits commonly eaten for breakfast and start with the letter Z!

Interestingly, Zinfandel, a variety of black skin grape, originated in Croatia and was traditionally grown in Apulia, Italy.

It found its way to the US in the 19th century and has been used for making delicious wines.

Zinfandel is an excellent addition to any breakfast due to its numerous benefits- you can eat them on your own or as a part of other dishes and salads.

Zopf is traditional breakfast bread that starts with the letter Z!

It is very popular in Austria, Bavaria, and Switzerland. This simple and delicious bread is made in the form of the plait and has a golden crust that will make you drool.

The word Zopf loosely translates to “pigtail” and “plait,” which explains the shape.

It is usually eaten on Sunday mornings with butter, honey, jam, or Nutella.

As implied by its name, Zucchini bread is a type of bread made of zucchini.

However, it has some other interesting ingredients, such as cinnamon and walnut, that might change your opinion about zucchini which is less popular than its counterparts, such as banana and pumpkin bread.

It is usually served with walnuts, berries, and maple syrup.

Zwetschgenknödel are plum dumplings that are very popular in Germany.

Commonly eaten as a dessert, snack, or addition to breakfast Zwetschgenknödel are stuffed with plums and cinnamon sugar and topped with buttered breadcrumbs.

It is believed that plum dumplings originated in the Austrian-Hungarian Empire.

Zwieback is a type of hard and dry biscuit or rusk that is consumed for breakfast!

This twice-baked bread originated in East Prussia and is very popular in Europe. The term zwieback comes from German Zwei, which means twice, and backen, which means bake.

It is believed that Albrecht von Wallenstein, a Bohemian military leader, invented zwieback to feed his army during the Third Years’ War.

Zweiback can be eaten with any type of spread and syrup.

Ziti is a type of extruded and hollow pasta in the shape of a smooth tube that starts with the letter Z!

Coming from the region in Italy called Campania, it is usually stuffed and baked.

In the US, it is a part of Italian-American cuisine and a popular dish baked ziti, a casserole with ziti pasta and tomato sauce. 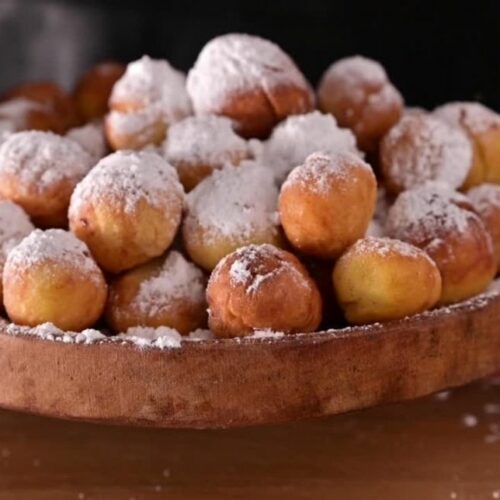 Breakfast Foods That Start With Z