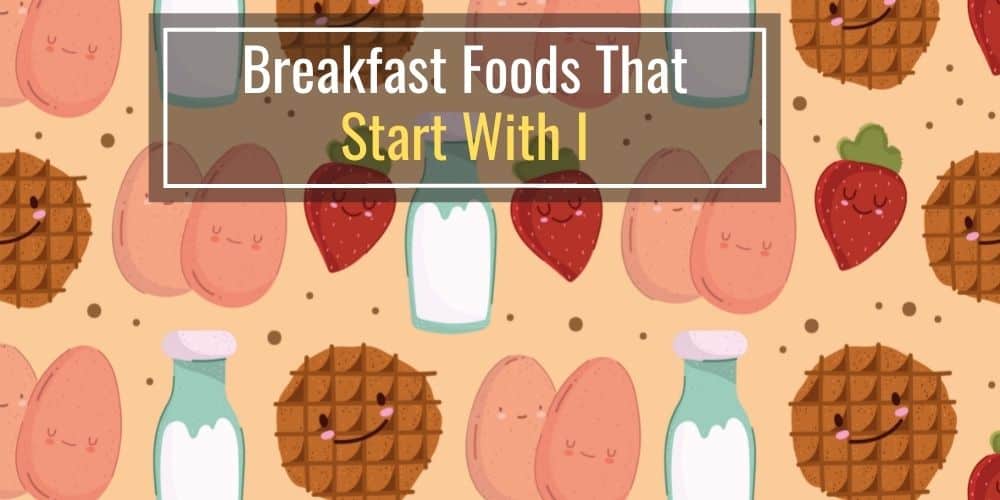 Truthfully, there are not that many breakfast foods that begin with the letter ‘i.’

If you know of any other breakfast foods that start with the letter ‘i’ that are not on the list below then email us and we’ll get them added!

Iced coffee is our first breakfast food item that starts with the letter i.

Whether you drink these on a hot summer day or even during winter, iced coffee is a great way to start the morning.

Simply brew your coffee or add instant coffee to water and throw in some ice.

Before you know it, your coffee will cool down and you’ll be left with a pleasantly cool iced coffee that will not burn your tongue.

You can even get fancier and add cream, sugar, chocolate, and other sweeteners to make your iced coffee a special treat.

The next breakfast food item that starts with the letter ‘i’ is iced tea.

Although this is another drink, iced tea is another common food item that is consumed during breakfast.

Whether you opt for the less sweet iced teas and enjoy a nice green tea or go for the classic sweetened iced teas, there’s an option that’ll fit your diet!

Throw in some orange slices to make your iced tea extra fancy.

Oatmeal does take some time to make which can be problematic when you’re rushing out the door in the morning.

Simply add some water, toss the instant oatmeal in the microwave and you’ll be left with a hot bowl of oatmeal in no time!

However, instant oatmeal can be mixed with salt, spices such as cinnamon, fresh fruit, nuts, seeds, and even honey to make it taste better.

If you’re looking for something sweeter in the morning then look no further than instant pudding.

Instant pudding is a powder that you mix with milk and other ingredients to make pudding.

Generally, instant pudding is eaten as a small side dish in the morning unless you really want to start your day off with a lot of sugar.

Although Irish coffee is usually not drunk every morning for breakfast, there are occasions when you want to start your morning off with a little more fun and you’re 21+ years of age.

So Irish coffee is our next breakfast food item that begins with the letter ‘i’.

Unlike regular coffee, Irish coffee is an alcoholic drink.

Simply splash a bit of Irish whiskey into your favorite coffee drink/mixture and you’ve got yourself a cup of Irish coffee!

Similar to Irish coffee, Irish cream is an alcoholic liqueur made from Irish whiskey, cream, and other added flavorings.

Irish cream is another breakfast food item that starts with the letter ‘i.’

There are many recipes for homemade Irish cream, but a common ready-made Irish cream liqueur that can be purchased from the store is Baileys Irish Cream.

Once again, Irish cream is probably something you will not be including in your coffee every morning.

However, if you want a fun start to your day then splash a little bit of Irish cream in your coffee if you’re 21+ years of age.

Traditionally Irish soda bread is a quick bread that is prepared without using yeast.

The bread is incredibly soft yet dense and has a cracked crusty exterior.

However, in the US it’s common to find a version of Irish soda bread that is generally sweeter and is speckled with raising and caraway seeds.

Irish soda bread is a great breakfast food item that starts with the letter ‘i.’

The next breakfast food item that starts with the letter ‘i’ is Idaho potatoes.

You will commonly find Idaho potatoes in breakfast skillets, hash browns, and any other breakfast dish that involves potatoes.

In fact, Idaho potatoes are some of the most common potatoes you’ll run into in American dining given the large volume of potatoes that Idaho grows.

Interestingly enough, Idaho potatoes are simply potatoes that are grown in Idaho. However, an Idaho potato can either be a russet, red potato, fingerling, or Yukon Gold.

So you might be eating a different type of potato even though you are still eating an Idaho potato.

Idli is a breakfast food that starts with the letter ‘i’ that can be commonly found in southern India and Sri Lanka.

Idli is a type of savory rice cake made by steaming fermented black lentil batter and rice.

Usually, Idli is served with other dishes such as coconut chutney and the Idli is used to scoop the other dishes into your mouth. 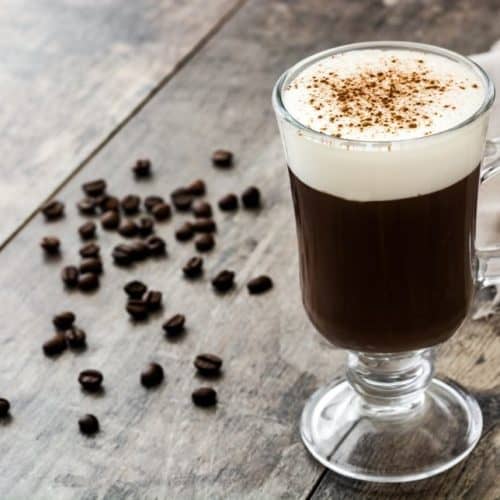 Breakfast Foods That Start With I