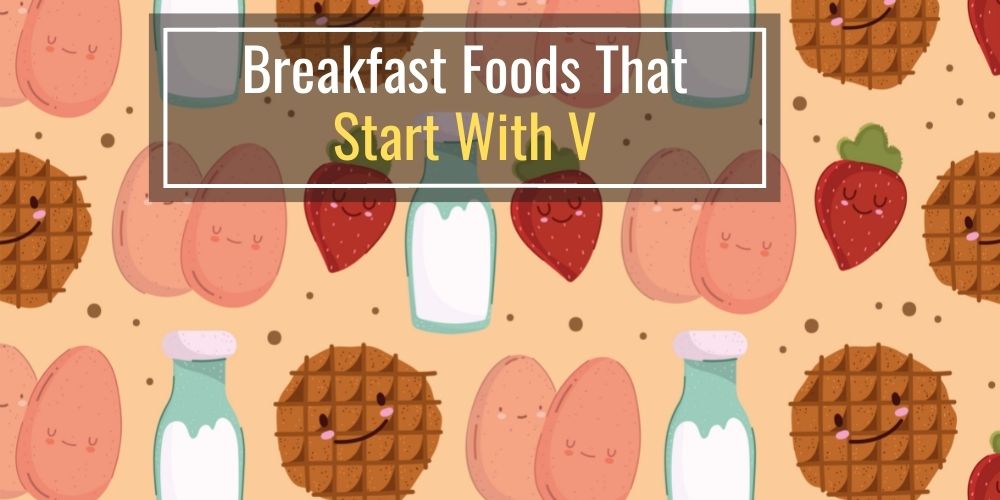 If you’re trying to think of breakfast foods that begin with the letter V, then look no further!

We’ve compiled a list of breakfast foods from around the globe that start with the letter V.

Who knows? Maybe you’ll find a new breakfast food that you love!

The first breakfast food that begins with the letter V on our list is the Valencia Orange.

As the name implies, the Valencia Orange has its roots in Valencia Spain.

However, the Valencia Orange was popularized by a southern California farmer in the 19th century.

Valencia oranges have become popular because they are primarily used to make orange juice.

In fact, when you think of an orange, there’s a high chance that you’re thinking of a Valencia Orange.

So Valencia Oranges can be found on most breakfast tables whether in orange slices or in your orange juice.

The next breakfast food that starts with the letter V is Vanilla.

Although vanilla is more of a flavoring than a food, you can find vanilla in a lot of breakfast food items.

Whether you drink a vanilla latte or are eating sweeter pancakes or pastries, vanilla is a common ingredient used to sweeten some of our favorite breakfast dishes.

Vanilla flavoring is extracted from vanilla beans which grow from beautiful vanilla orchids.

The next breakfast food that begins with the letter V is Vatrushka.

This Eastern European dish has roots in Russia but can be found in Belarus and Ukraine.

Vatrushka is a pastry formed into a bowl shape so that the inside can be filled with cream cheese and other toppings such as raisins.

So don’t be surprised the next time you visit a Russian bakery if you see some delicious Vatrushka in the window.

The next breakfast food that starts with the letter V is Vegemite.

Vegemite is a thick, dark brown spread that is commonly found in Australia.

Often described as an acquired taste, vegemite is made from leftover brewers’ yeast extract with other ingredients.

Vegemite is commonly eaten on toast or crackers which makes this a perfect snack or breakfast food.

Another breakfast fruit that begins with the letter V is the Velvet Apple Fruit.

Native to the Philippines and Taiwan, velvet apples are fine, velvety apples that have a reddish-brown fur-like exterior.

Velvet apples have a sweet taste that has been described as tasting similar to banana-flavored apples or strawberry-mango yogurt.

As we all know, an apple a day will keep the doctor away so eating a velvet apple is a great way to start the day!

Generally, vermicelli noodles are made from rice and can be eaten for breakfast, lunch, or dinner depending on what else is included with the noodles.

Vermicelli noodles are light and can be pan-fried or mixed into a cold salad for a heartier meal.

The next breakfast food that starts with the letter V hails from South Africa – Vetkoek.

Vetkoek is a traditional South African fried dough bread that is filled with sweet or savory fillings.

Whether the Vetkoek is filled with curried ground beef or cheese and syrup, Vetkoek is a great way to start the day.

The Victoria plum is a type of English plum that has yellow flesh with red or mottled skin.

Victoria plums are popular in British cuisine and these plums are built for cooking or to be preserved as jams and ketchup.

Generally, Victoria plums can be found in crumbles and cakes or as jams on top of bread.

The next breakfast food that starts with the letter V is the Vienna Sausage.

Originating from Germany or Austria, the Vienna sausage is traditionally made of pork and beef in a casing of sheep’s intestines.

The sausages are then smoked to add flavor and preserve the meat.

Vienna sausages can be used in egg scrambles, breakfast burritos, and any other breakfast recipe that calls for sausage.

Viennoiserie are baked goods made from yeast-leavened dough similar to bread but with added ingredients.

Generally, viennoiserie are eaten for breakfast or as snacks throughout the day.

The next breakfast food that starts with the letter V is Vol-Au-Vent.

A vol-au-vent is a small hollow case of puff pastry that has French origins.

The pastry is made by stacking puff pastries and then filling the center with savory or sweet fillings.

Not only can Vol-Au-Vent be found on the breakfast table, but also on the lunch and dinner tables as well depending if the pastry is filled with something sweet versus chicken or fish. 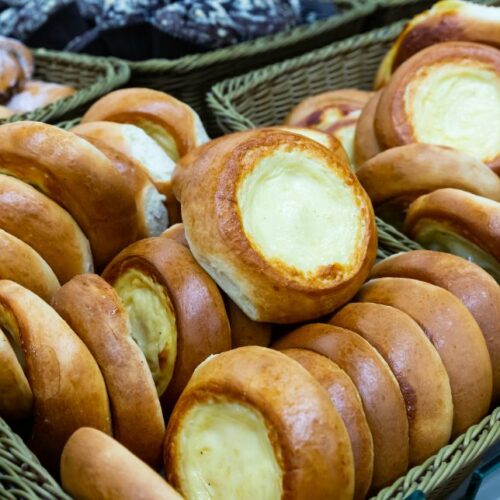 Breakfast Foods That Start With V